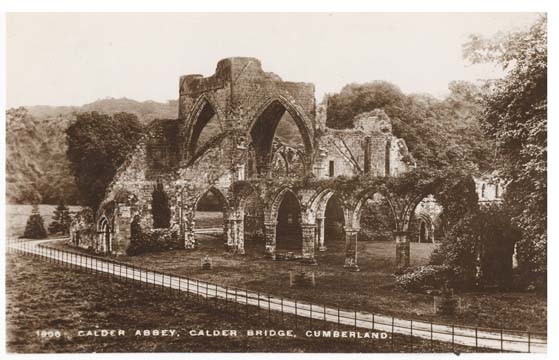 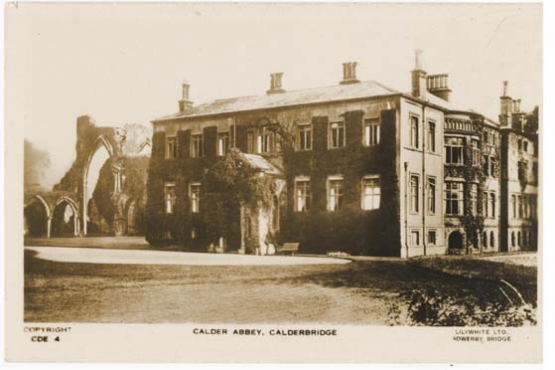 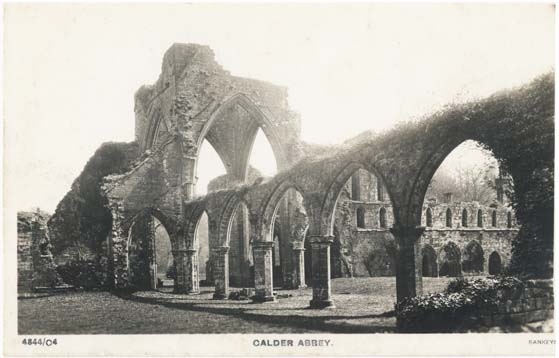 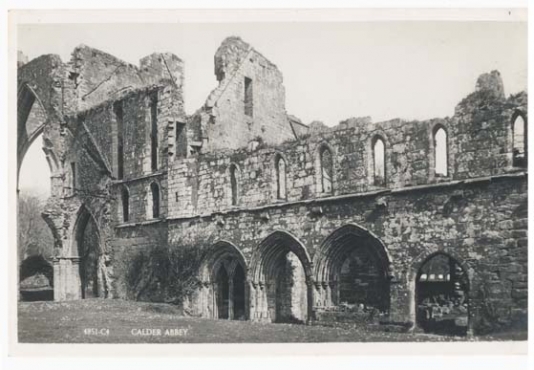 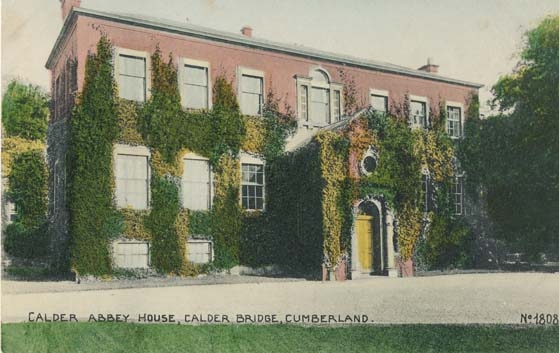 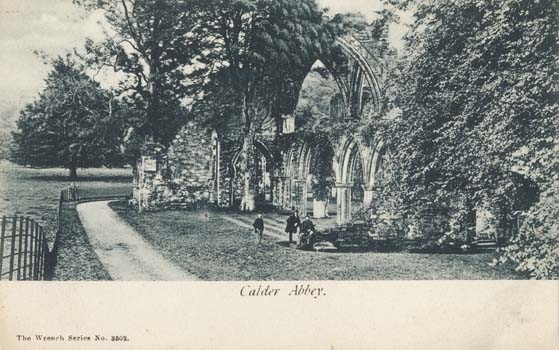 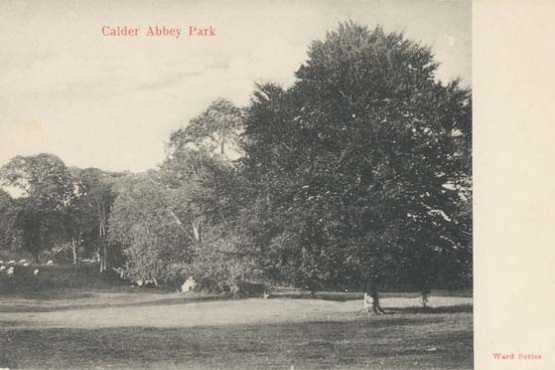 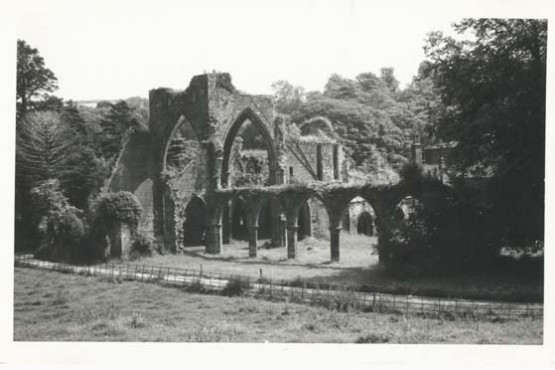 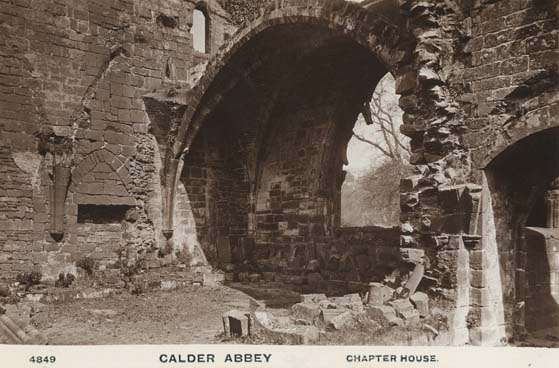 The Abbey Church of St. Mary was built about a mile up the valley from Calderbrigde in the 12th century. The gift of land was made in 1134 by Ranulph de Meschines of Egremont Castle.Ranulph’s father,William, had built Egremont Castle after having been given the Barony of Copeland (all the land between the Duddon and the Derwent) by Henry I in 1120, following the changes in ownership of the lands acquired by William’s brother,also called Ranulph,Earl of Chester.

The site was occupied by twelve Benedictine monks from Furness Abbey (founded in 1127 by William the Conqueror’s grandson,Stephen, later King,for Benedictine monks from Savigny in Normandy.This house later joined the Gistercian Order and Furness,being a daughter house, followed suit,Calder later becoming connected with the Order in 1148.)

By 1138,the Barony of Copeland had transferred via Alice to her husband,WilliamFitzDuncan, nephew of King David of Scotland.On the death of Henry I, in 1135, the planned succession of Matilda,his daughter to Matilda,the daughter of Malcolm of Scotland,was thwarted by Henry’s nephew,Stephen, who proclaimed himself King.In the unrest which followed ,William FitzDuncan made his contribution to the Scottish cause by leading a band of Galwegians and Picts of the Scottish army on a trail of destruction through his wife’s lands in Cumberland and Craven in Yorkshire.The Abbey buildings were burned down and the monks fled, taking their belongings with them .They sought refuge at Furness, but were turned away and eventually. found refuge in Yorkshire,. .

On the return of relative peace to the area,

a second colony of monks was sent out from Furness to re-settle Calder in 1138.The Abbey buildings were probably rebuilt in wood by William FitzDuncan,most likely as some form of atonement for his misdeeds.

About 49 years later, a stone church was built, the west doorway (still remaining today ). of which was incorporated into a second, larger, stone church built by Thomas de Multon of Egremont Castle around 1220.

Another Scottish raid in 1322 partly destroyed this large church which soon after was partly restored and partly rebuilt with lower roofs in a later style.

The churches of St.John the Baptist at Beckermet and St.Michael,Arlecdon, were appropriated to the’ Abbey: in 1262.

The many gifts of lands and rights received from various donors were confirmed in a deed from Henry III in 1230,amongst them being “Stovenerge “.Most of the parish except the village of St.Bridget,Beckermet itself,and Godderthwaite belonged to Calder Abbey. (“Stovenerge”,thought to be todays Stephney, and Godderthwaite are supposed to be originally Norse settlementsGodderthwaite may have had connections with Haile rather than with Beckermet)

The abbeys of England began with noble intentions,but over the centuries there was a tendency towards greed and corruption in some of them.Henry VIII used this as an excuse to suppress them,and for the State to consfiscate their property and possessions. Calder Abbey was surrendered to the King’s Commissioners in February 1536. In 1538,the Abbey and its lands were granted to the Head of the King’s Commissioners ,Dr.Thomas Leigh,who reduced the church building to a ruin.

He left the estate to his nephew,also named Thomas Leigh,(whose wife later married a William Patrickson,and whose memorial is in Ponsonby Church.) Their son,Henry Leigh,sold it and it passed through several ownerships,including John Patrickson of Caswell How, Ennerdale, before coming to the Senhouses.Joseph Tiffin Senhouse left it to his eldest daughter,Mary,who became Mrs.Irwin.After her day,it passed to her sister, Sarah,who gave it to the Rev.J.Minton Senhouse. He then put the estate up for sale,and it was bought by Mr.Thomas Rymer,a Manchester mill owner. It stayed in the Rymer family until 1968 ,when the estate was broken up and sold.The house and ruins are now in the hands of Mr.Burns-—Lindow.

This website uses cookies to improve your experience while you navigate through the website. Out of these, the cookies that are categorized as necessary are stored on your browser as they are essential for the working of basic functionalities of the website. We also use third-party cookies that help us analyze and understand how you use this website. These cookies will be stored in your browser only with your consent. You also have the option to opt-out of these cookies. But opting out of some of these cookies may affect your browsing experience.
Necessary Always Enabled